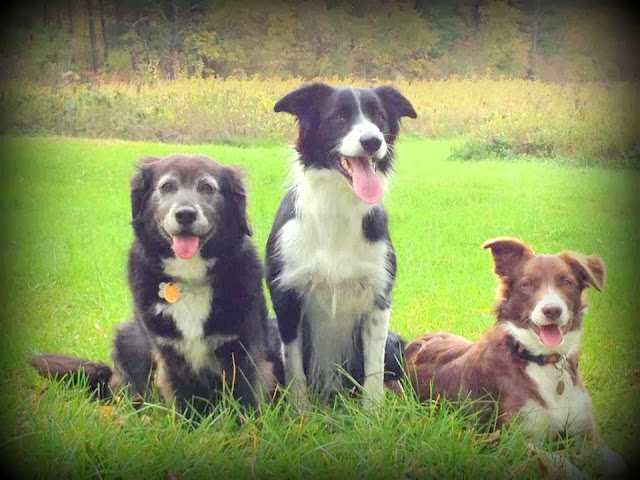 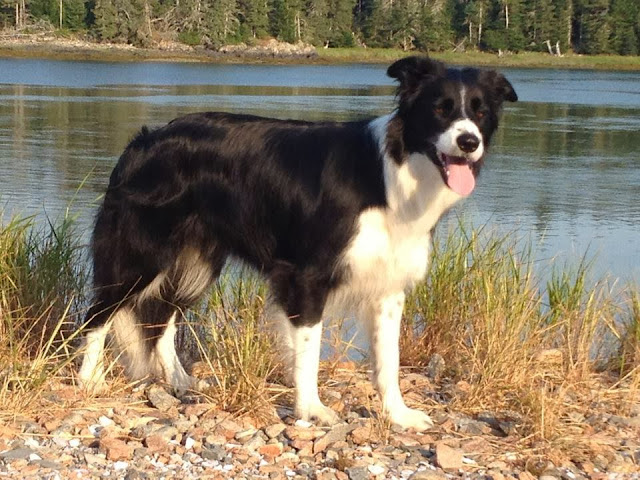 Nellie is so many things, but, most importantly she is family.  After losing two dogs within six months of one another in 2008, I went searching for a Border Collie to help on the farm and help fill the void in my heart.  I evaluated many dogs in several Border Collie rescue organizations and did not find the perfect match.  I made the decision that a puppy is what I wanted and needed, so I began searching for reputable breeders.  In February 2009, I came across a beautiful website with a sincere, passionate and honest man behind it, Ken Shuck.  After contacting Kenny, the boys and I made the two hour drive just to look at the litter of puppies he had.  We spent a couple of hours with the Shucks and with the dogs, Nellie chose us, she was persistent, it seemed every time I went to pick up a puppy, Nellie ended up in my arms.  It was settled, Nellie came home with us and forever changed our lives. 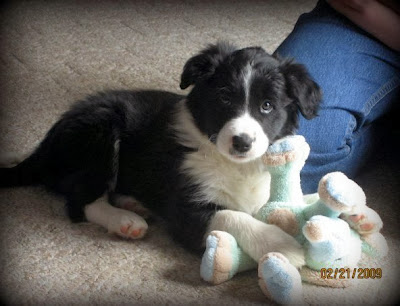 Nellie was introduced to sheep the day after we brought her home, by the time she was 4 months old she was exhibiting herding instinct and was able to gather up small groups of lambs. 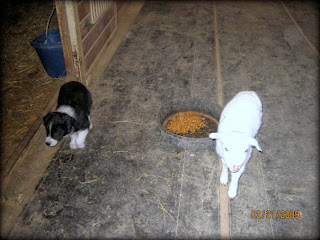 By 6 months old she was able to bring the flock to the barn.  Between 1-2 years of age, Nellie knew everything, or so she thought.  We struggled at times as a team, but then she matured and realized her purpose was to work with me not for herself.  I could not run the farm without her! 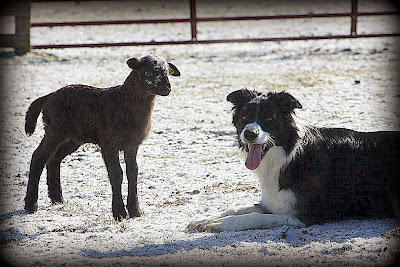 Nellie is a talented girl with many roles and responsibilities.  She loves the chickens and will drop anything to check on them.  She will swim up a river, across a lake and pull kids through the water.  Nellie is a competitive dock diving dog, and has won numerous awards. 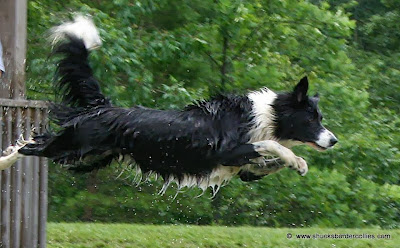 In 2012, Nellie became a registered therapy dog with Pet Partners (formerly Delta Dog) and makes regular visits to Riley Children's Hospital in Indianapolis where she brings love and compassion to some of the sickest kids in the region.  Nellie has also provided love and support to residents in nursing homes, bringing joy to many people.  She is a great hiking partner, loves to retrieve a ball and will do a back flip to catch a Frisbee.  An all-around great dog, we are blessed to have her in the family. 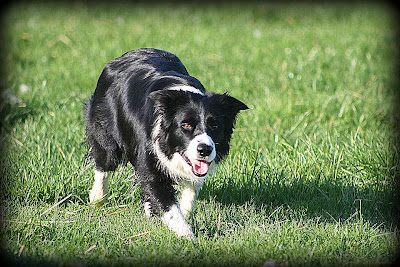 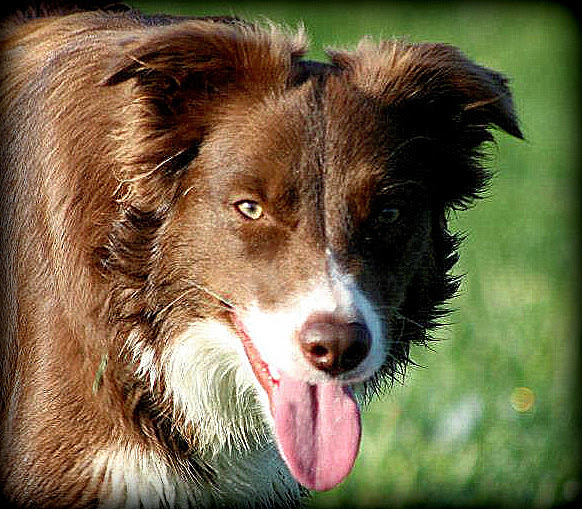 Ruby is the little, fiery red-head with the personality to match.  Ruby was not a planned addition to the family, but when she became available from Nellie’s breeder, her bloodlines seemed to be a good fit. 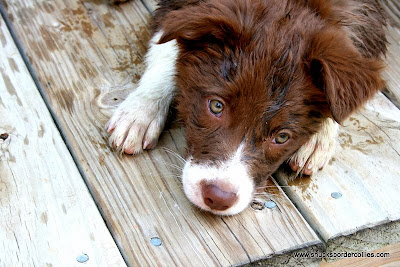 Ruby was born in May of 2012 and has added another dimension to our family.  Her personality and style is very different from Nellie and we are working together to advance her herding capabilities.  Ruby comes from cattle lines and can be an intense little girl. 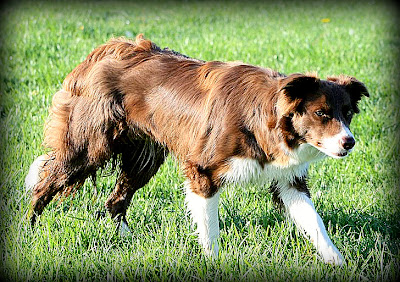 It has been fun learning to work with a pair of dogs.  Ruby loves to play chase, swim and hike off leash.  As the baby of the family, Ruby is a bit spoiled and must have a pillow at night.  In November 2013 Ruby became a registered pet therapy dog with Pet Partners (formerly Delta Society) and also visits Riley Children's Hospital in Indianapolis.  We love this little red head more than we ever thought possible, our family is blessed. 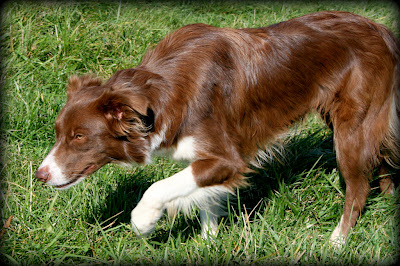 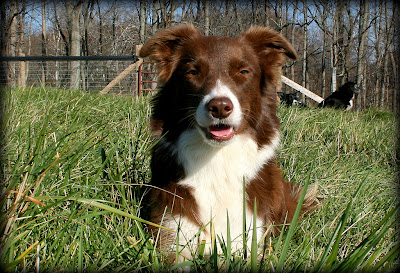 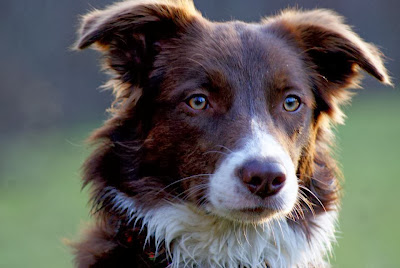 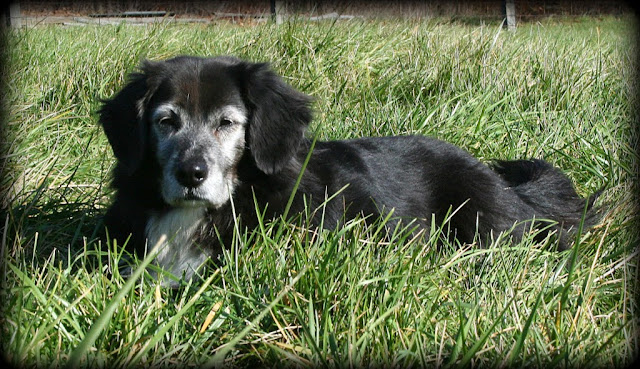 Our resident farm dog, Zoe (aka Stinky Winky) was a drop off to the farm, as a puppy, in 2003.  She joined the boys playing out in the yard one early spring day and instantly became a family member.  She is the happiest dog you will ever meet; her tail never stops wagging, even while sleeping.  She is kind, sweet and welcomes all visitors to the farm.  She has no desire to work, chase a ball or swim, she is just happy being on the farm and making new friends. 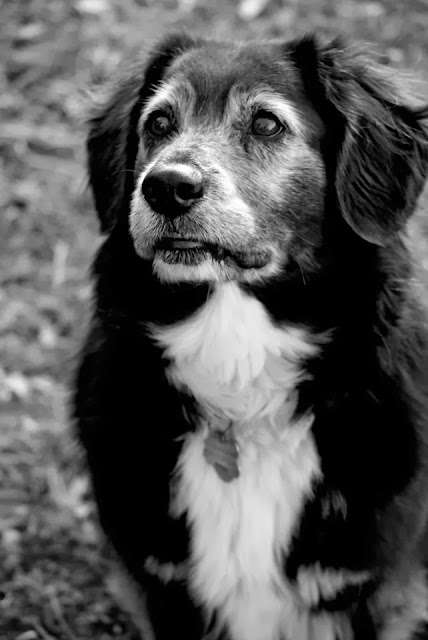 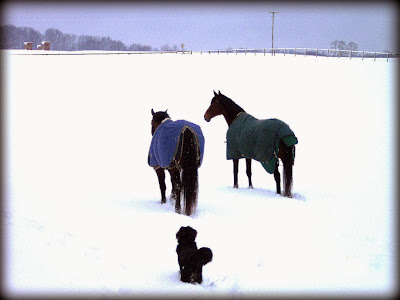 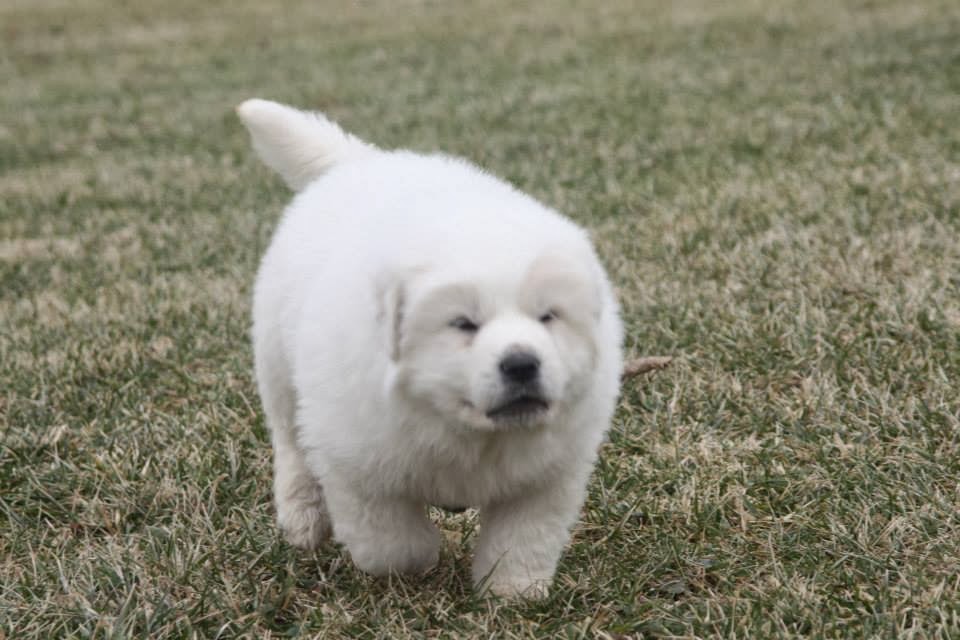 Hank is a Great Pyrenees that we added to our farm in February 2014.  Hank will be a guardian over our flock, protecting them from stray dogs, coyotes and other intruders.  We are very excited to watch Hank grow into his role and learn about this great breed! 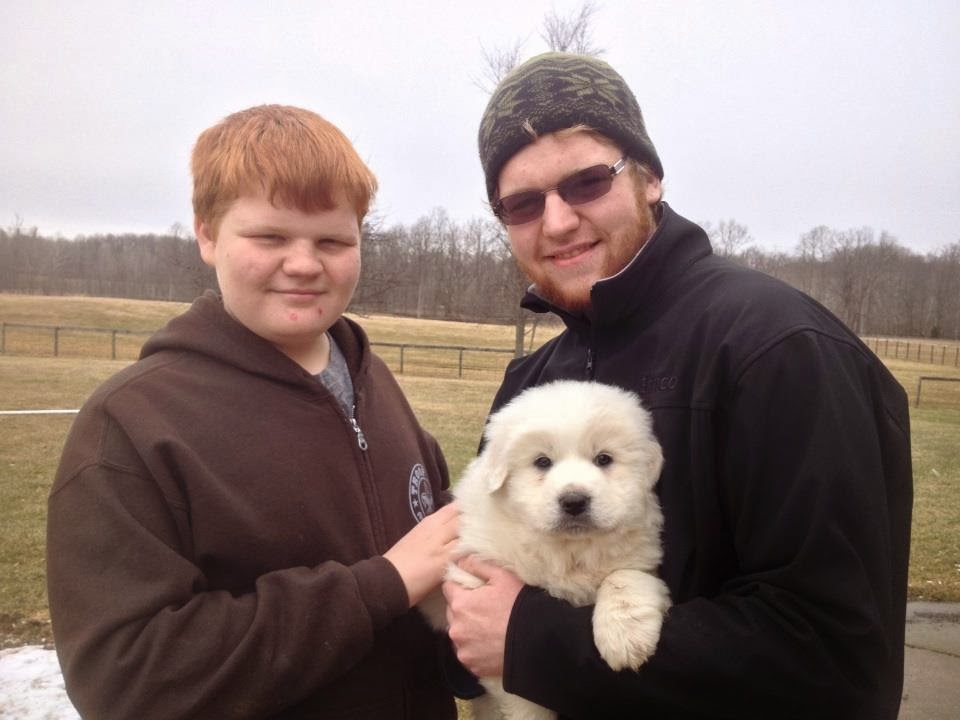 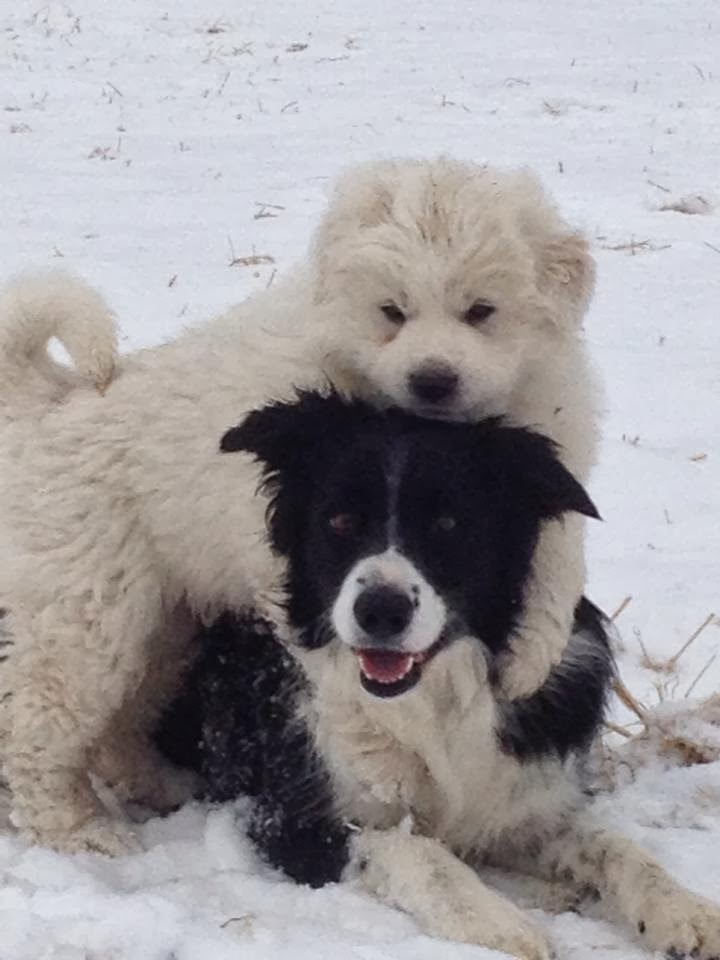 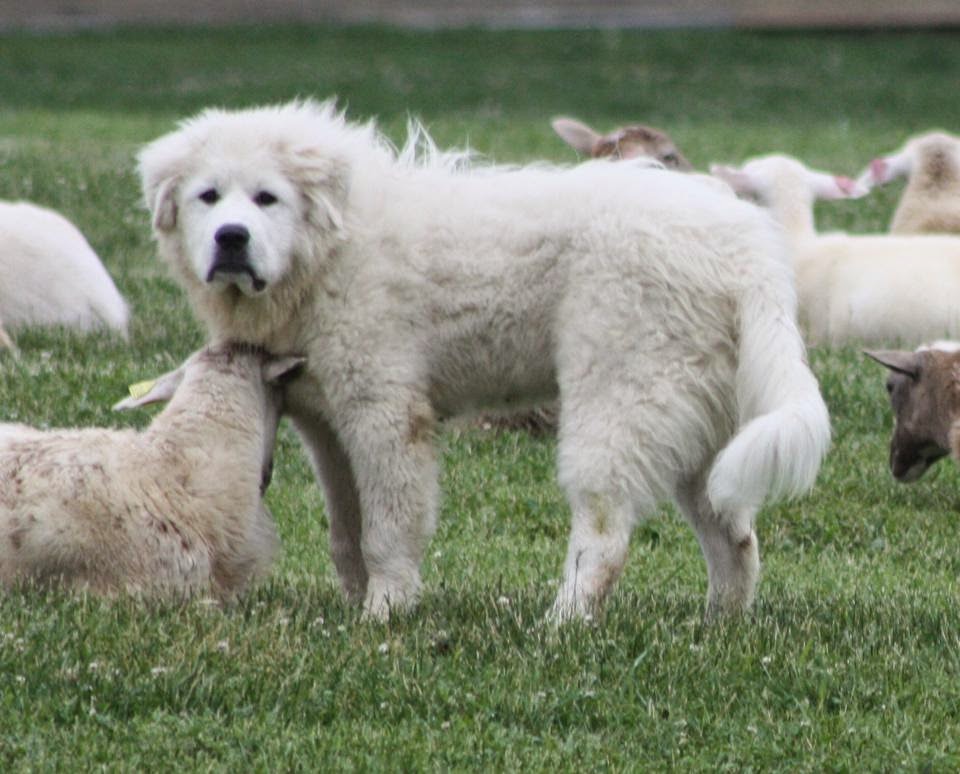 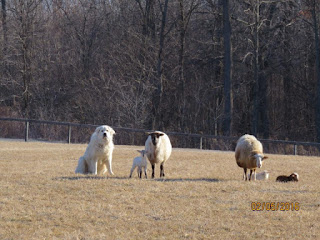 Skylar, a Karakachan (Bulgarian Livestock Guardian Dog) was added to the farm in March 2016 to help Hank watch over the flock.  She is turning into a great dog, friendly, sociable but always aware of pending threats to the flock. 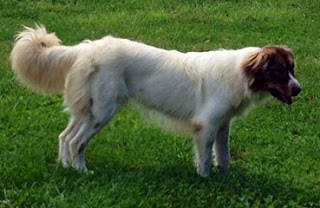 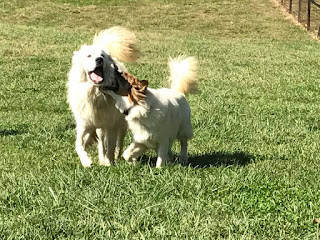 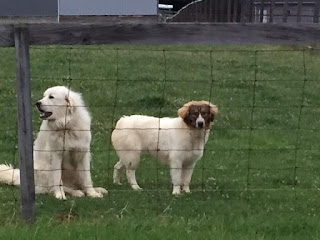 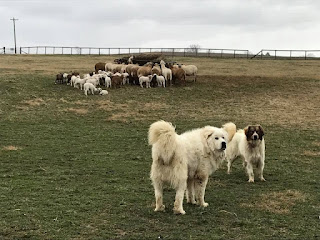